Today we’re going to look at what it means to have the Macd above zero.

Can we use it as a reliable indicator for long or short trades?

Although it doubles as an oscillator, it is not typically used to identify overbought and oversold conditions.

Instead, it is used to identify trends.

The indicator uses two moving averages and tries to predict the formation of a new trend.

The indicator appears in charts as two lines; the MACD line and the signal line.

There is also a zero line above and below which underlying trends emerge.

When the two moving average lines cross, they create crossover patterns that traders want to profit from. 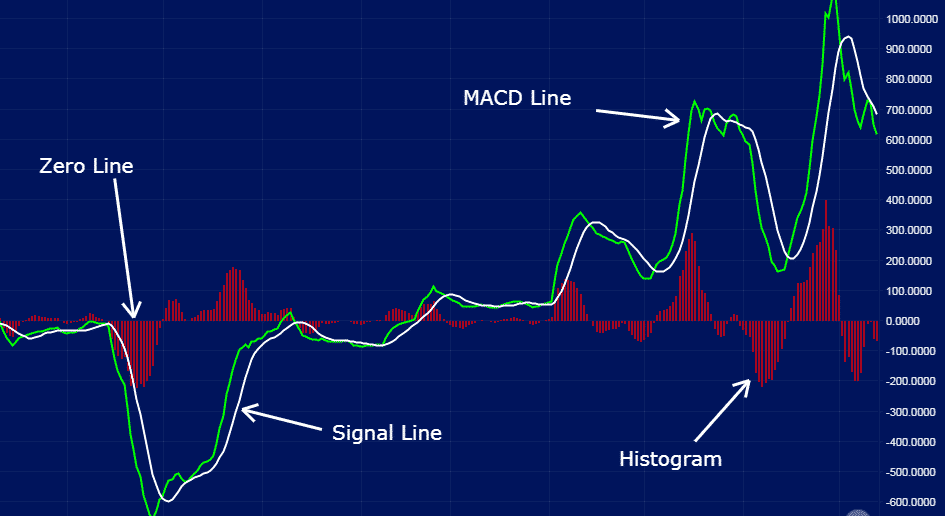 The two lines swing without limits.

The shorter line is usually a 12-period exponential moving average that moves faster.

The longer one is usually a 26 exponential moving average that moves more slowly.

In addition, the MACD indicator has a histogram that shows the number of bars used to calculate the moving average and the difference between the faster and slower moving averages.

The MACD line is usually the difference between the two exponential moving averages, 12 and 26.

It also represents the difference between the two lines.

In the MACD indicator, the MACD line is usually the faster moving average.

On the other hand, the signal line is usually the slower moving average.

The signal line represents the average of the previous MACD line.

In most cases, it is usually the 9-period exponential moving average.

The signal line is used to smooth the sensitivity of the MACD line.

On the other hand, the histogram shows the difference between the MACD line and the signal line, which is shown in bars.

Depending on how the bars form, they can signal that a crossover is imminent. 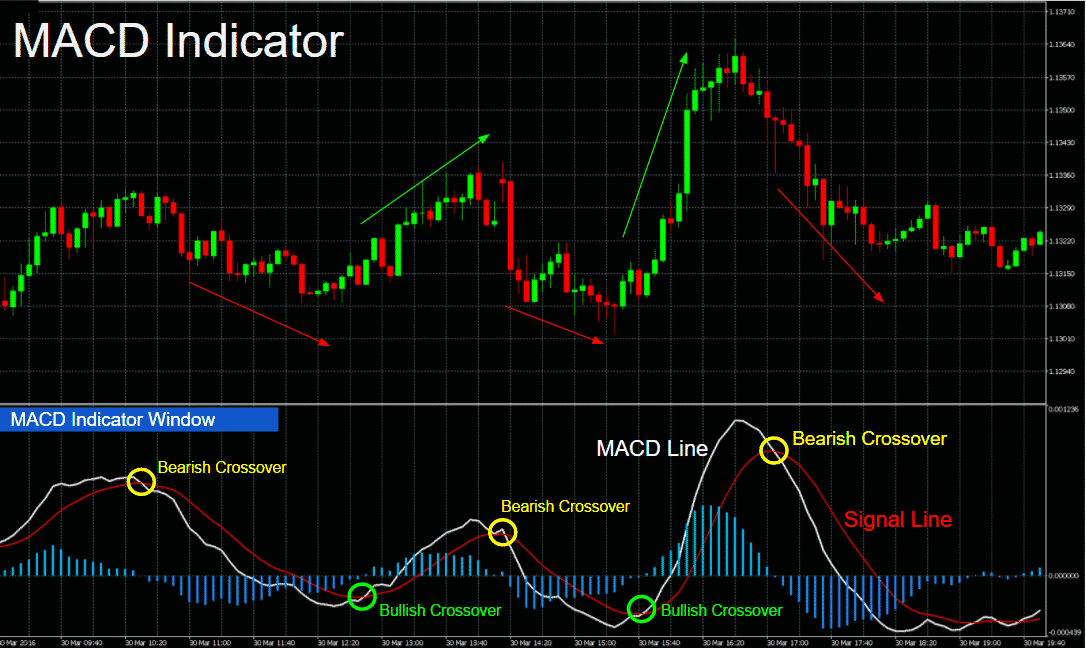 The histogram basically shows the market dynamics. When the momentum is high, the histogram becomes much larger.

As the dynamics decrease, the histogram also decreases in size.

Similarly, as the moving averages approach, the histogram becomes smaller, resulting in convergence.

Crossing the zero line of the MACD from below is often viewed as a bullish signal.

In most cases, this indicates that upward momentum is building and the price of the underlying security is likely to increase significantly. 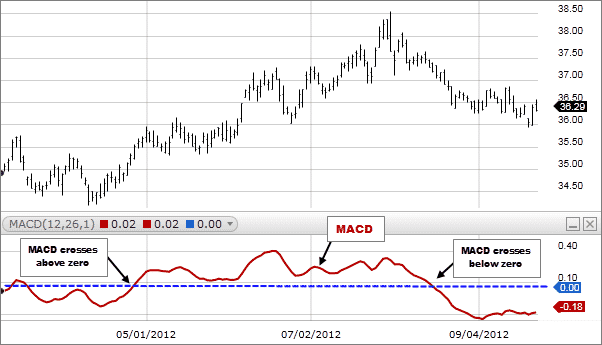 The higher the MACD line is from zero, the stronger the signal and the greater the likelihood of price movement.

In this case, traders will try to enter Long positions in anticipation of a price increase.

Likewise, every time the MACD line crosses the zero line from below from above, it is interpreted as a bearish signal, signaling that the price is likely to fall.

In this case, the further the MACD line is from the zero line, the stronger the bearish signal.

The faster moving average, in this case the MACD Line, will always react faster to price movements than the slower one, the signal line.

Similarly, every time a new trend occurs, the MACD line, which is the quickest to react to price changes, reacts faster and crosses the slower line, the signal line.

If this crossover occurs in both directions or the MACD line begins to break away from the signal line, it indicates that a new, much stronger trend has formed.

A bullish MACD crossover is manifesting in the NVDA chart above, with the MACD line crossing the signal line right near the zero line.

In this case, it signals that an uptrend is starting on the fast moving average and reacting faster to price changes. 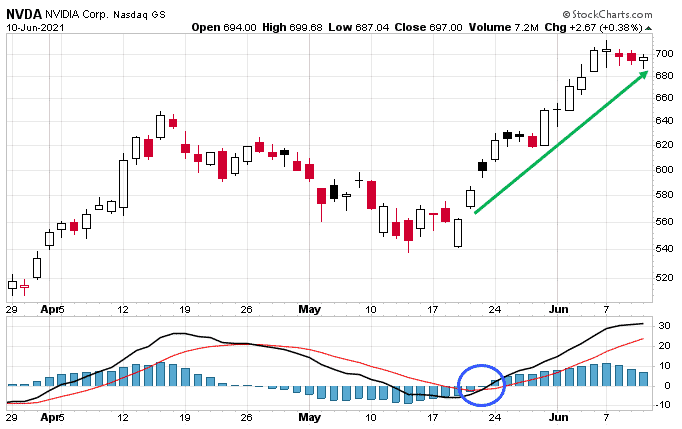 The bullish trend is only confirmed as soon as the MACD line rises above the zero line after crossing the signal line from below.

The price rose significantly from that point on when traders took long positions.

In times of increased market volatility, will lash the MACD line and cross the signal line back and forth.

MACD users often avoid trading during such periods as the unreliable signals come into play.

After the market has completely digested the development that caused the wild fluctuations, the MACD signal line will cross the signal line and signal in which direction the price is likely to move.

The MACD line also crosses the signal line from below and moves above the zero level increased volatility would essentially signal the formation of an uptrend.

The MACD line farther away from the signal line would confirm a stronger signal.

Divergence is a powerful indicator of trend reversals.

Fidelity’s chart below shows that the stock is making a significantly lower low.

At the same time, the MACD indicator is reaching a higher low.

This suggests that the downtrend is losing strength and could soon be reversed. 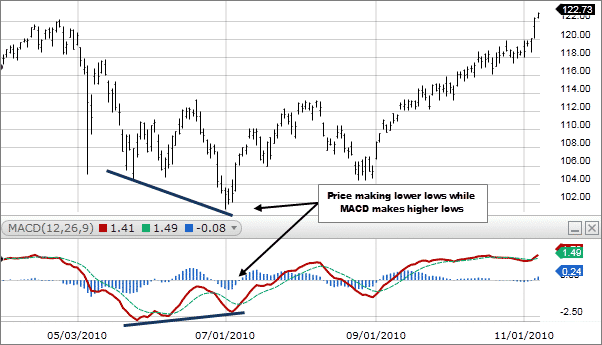 MACD is a reliable trend following momentum indicator that is widely used in technical analysis.