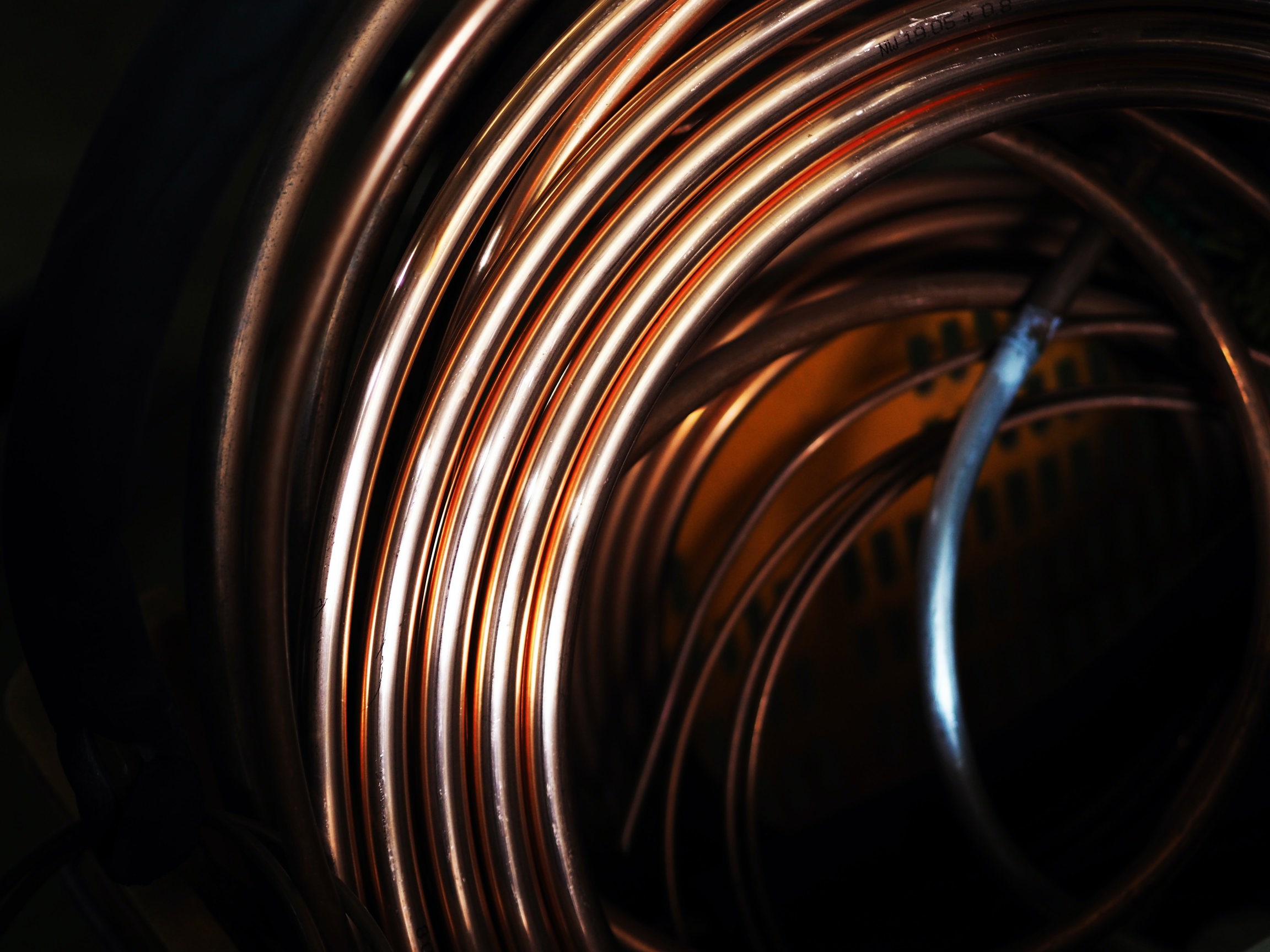 Copper rallied alongside stocks last year and recently hit its highest ever level. The metal is used for many purposes including factories, electronics, and power generation. Because of its widespread use in many sectors, copper is often viewed as a leading indicator of economic activity. This could of course be an argument for higher share prices in the future. This week, I’m looking at historical copper prices to see if a bullish copper market tends to lead to a bullish stock market, especially if stocks are already doing well. 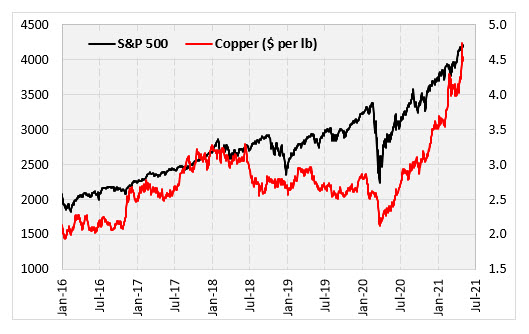 Stocks and copper at all-time highs

The tables below show how the S&P 500 Index (SPX) and Copper performed after both were within 1 percent of their all-time highs (it had to be the first time in a year). This was only signaled last week for the first time since 1995. This was a good time to buy stocks as the S&P 500 rose 27% over the next year. The copper rally was a good indicator. Copper itself, on the other hand, rose and fell by 11% in the next year.

The three signals before the last played out differently. Stocks struggled heavily on these signals, falling 13% on two of these signals and 9% on the other. Overall, stocks were very strong on two signals and weak on the other three. Copper prices fell in double digits after four out of five signals. 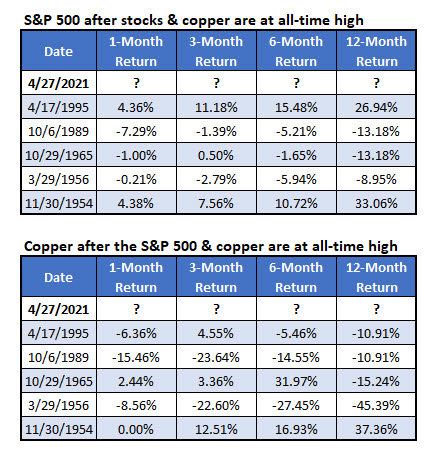 Shares and copper since the beginning of the year

I’ve been looking at that since the beginning of the year. The S&P 500 index is up about 10% in 2021 while copper is up nearly 30%. I went back to 1950 and found times when the S&P 500 and Copper at that point were both up at least 7.5% year over year. The tables below summarize how stocks and copper performed over the next month, three months, and the rest of the year. 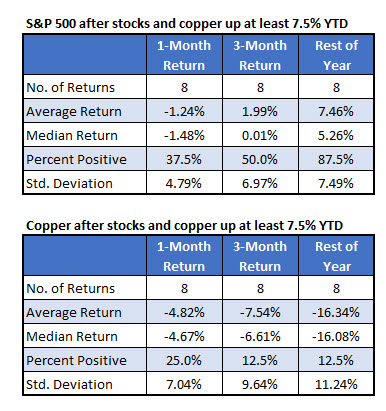 Finally, I have tables showing the specific years that stocks and copper were up at least 7.5% at a similar point in the year and how they did in the future. 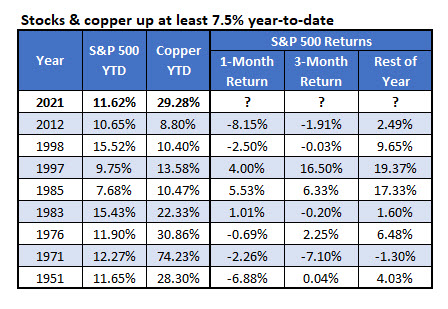 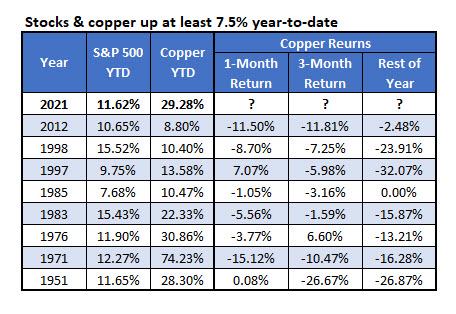