LOCO will report on earning on Thursday March 11th

On March 9th, El Pollo Loco presented its new design “Restaurant of the Future”. LOCO has remodeled its first three restaurants to improve convenience outside of the company. In the company’s press release on the matter, El Pollo Loco stated that its “redesigned restaurant designs are inspired by the changing habits of consumers to enjoy a more digital and contactless experience that has inevitably been accelerated by the COVID-19 pandemic. ” El Pollo Loco is also expected to release its quarterly and annual results after close of trading on Thursday March 11th.

Basically, El Pollo Loco shares are currently at the upper end of the valuation spectrum. The El Pollo Loco share is currently trading at a price-earnings-ratio of 30.56. For the past twelve months, the company posted net income of $ 19 million, a decrease of less than $ 5 million from the previous year. Overall, El Pollo Loco has minimized the losses from the pandemic well. LOCO’s revenue has currently fallen by around $ 18 million since fiscal 2019. 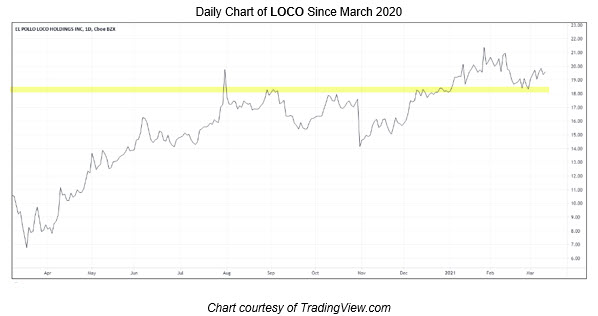