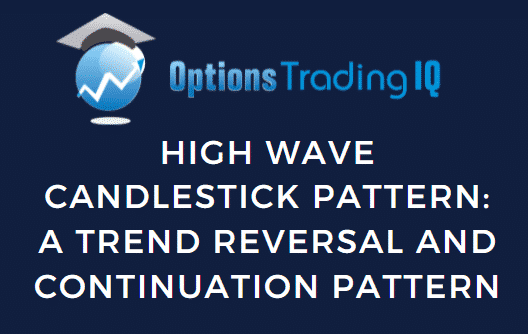 Today we are looking for the high wave candlestick pattern.

It’s an indecision candle that can signal a lack of directional bias after a sizeable trend.

Periods of indecision in price movement are a common phenomenon when trading financial instruments.

In the midst of the fluctuations that occur, consolidations occur which result in the price moving without a clear direction.

The high wave candlestick pattern manifests itself whenever the price moves to a support or resistance level.

A high wave candlestick pattern is an indecision pattern that shows that the market is neither bullish nor bearish.

It mostly occurs at support and resistance levels.

Here bears and bulls fight each other to push the price in a certain direction.

They also have small bodies.

The long wicks indicate that there has been a large movement in price during the given period.

Ultimately, however, the price closed near the opening price. 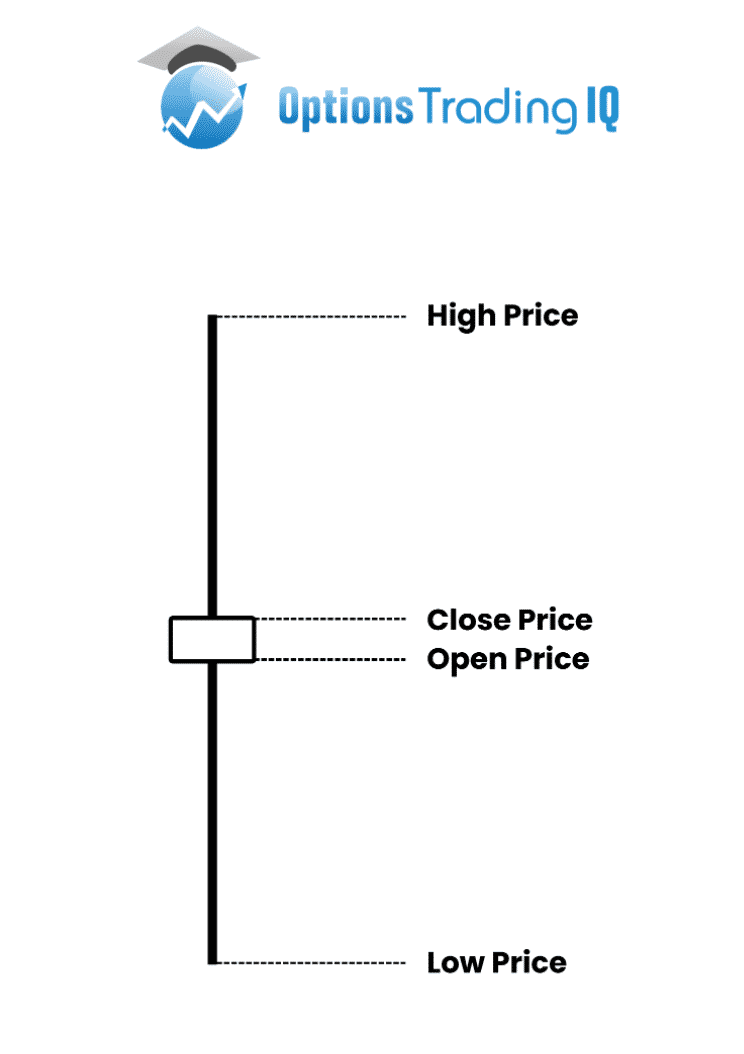 For the most part, buyers are trying to drive prices up but face stiff resistance.

Sellers are also trying to cut prices but are met with strong resistance.

Both fail to drive the price in any particular direction, causing the candle to close near the opening. 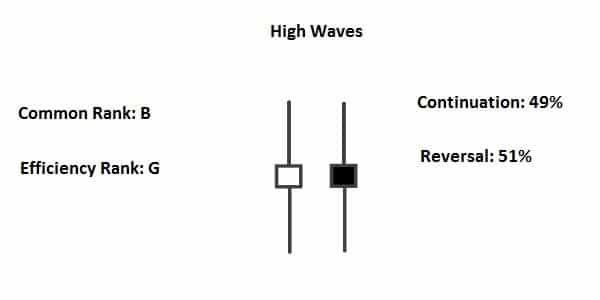 Whenever the candle appears after the price has moved significantly in a certain direction, this could indicate a lack of momentum.

For example, when a stock is trending up but encountering resistance and the candlestick pattern shows up.

This could be a warning sign that the bulls are losing momentum. 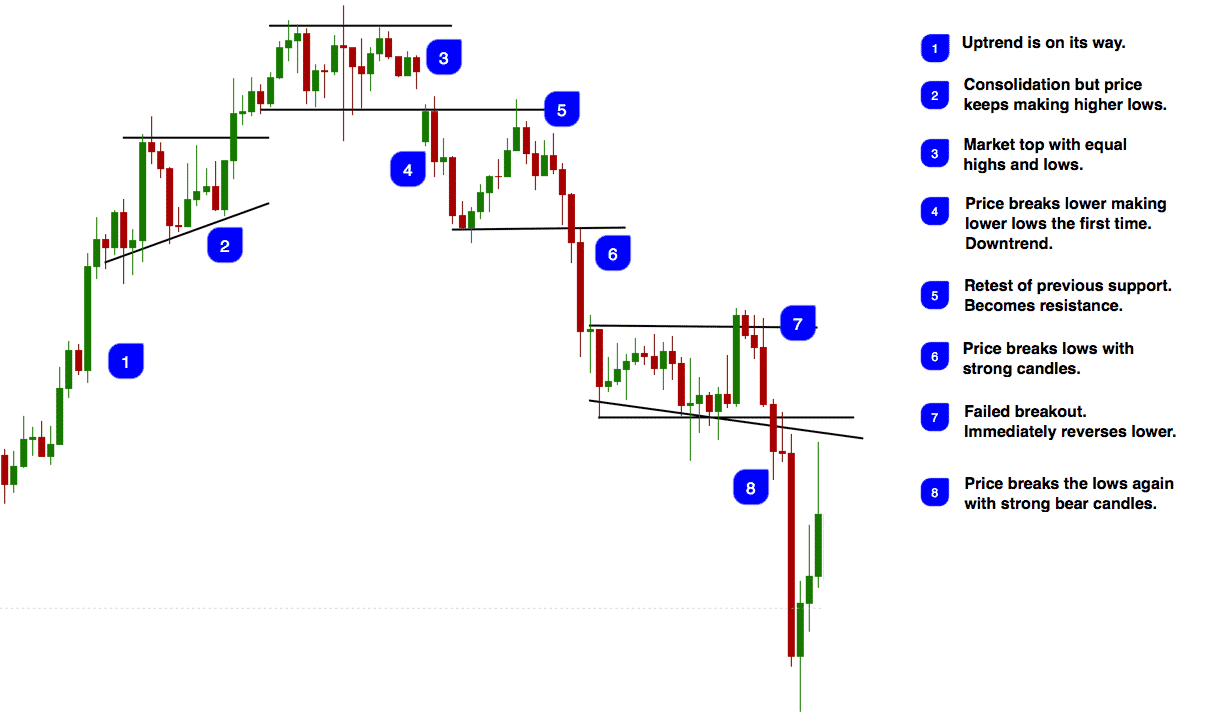 Source: Tradeciety.com The candlestick pattern signals a sudden Expansion of volatility this is followed by the contraction.

As soon as the pattern arises, a contraction occurs, resulting in a. leads Trade range.

If so, the bulls would have trouble pushing the price above a previous high.

As a result, the high wave candlestick pattern can signal an end to the current trend.

A high-wave candlestick pattern can appear anywhere on the price chart of stocks or currency pairs.

Should the pattern appear in the middle of an upward or downward movement, it could be interpreted as part of a continuation pattern.

For example, a consolidation could come into play when a stock is trending up and the high-wave candlestick pattern occurs.

After a few swings, highs and lows in a price range could break out of the range and move further up. 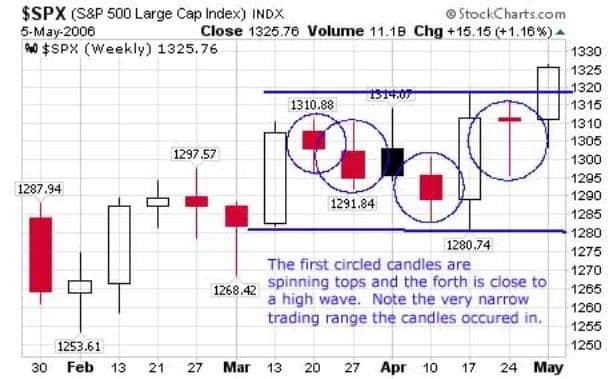 In the graph above, the S&P 500 was on the up; However, after rising to the 1315 level, it encountered resistance and began to retreat.

The first three circled candles indicate that price is moving down.

On the fourth day a high wave candlestick appeared.

After that, the price reversed from the downtrend and began to move up in the continuation of the long-term uptrend.

Similarly, when the high wave candlesticks appear in a stock with a lower trend, a range that moves sideways can come into play.

Once the consolidation ends, the price could break out and move further down in continuation of the long-term downtrend.

Additionally, after a strong trend, candlesticks with long wicks and small bodies often signal a potential reversal in the underlying trend.

If price is trending down, the pattern could signal a rejection at current lows, leading to a rebound.

If price is trending up and the high wave pattern occurs, this could also signal that the upward momentum is losing strength.

The long wick at the top of the candle could signal a price rejection, causing the price to consolidate in a range before pulling down. 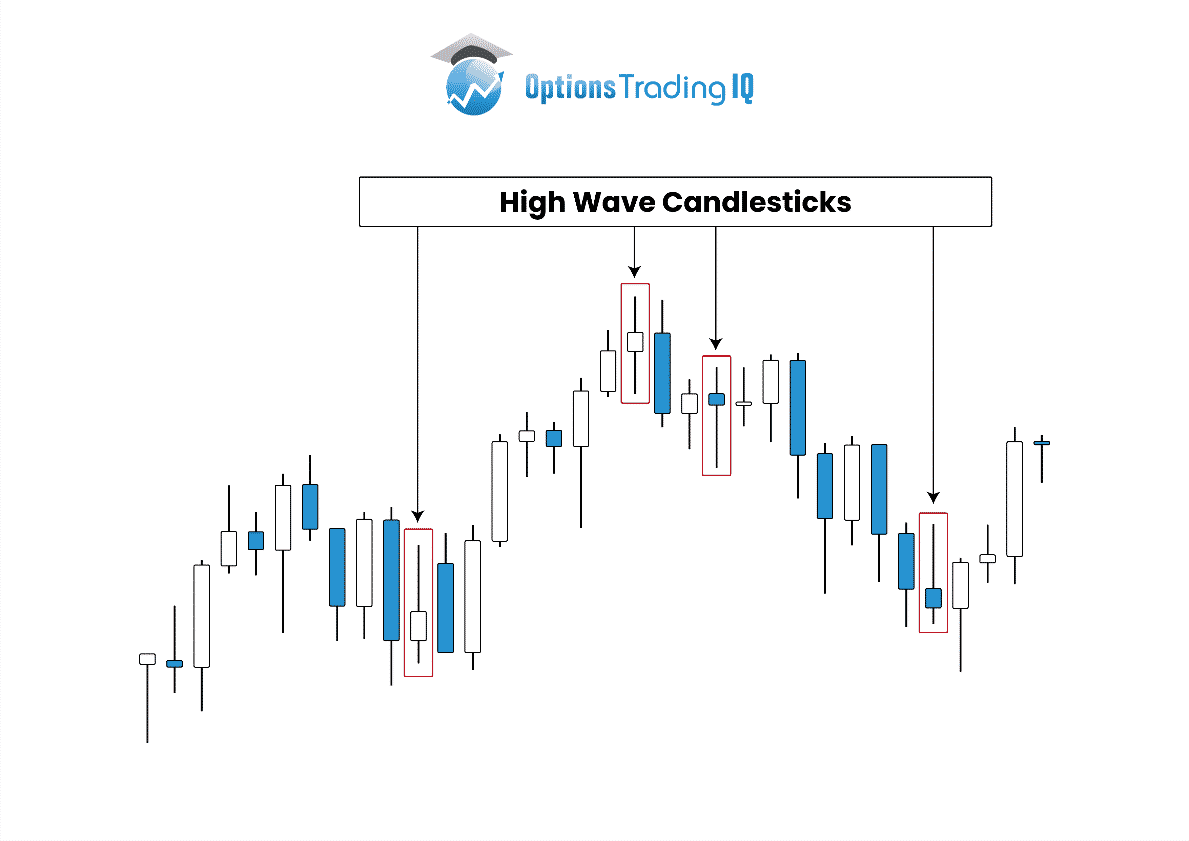 The above chart shows that every time the high wave candle popped up, the price reversed and started moving in the opposite direction.

When the price moved up and the high wave candle appeared, a sell-off came into play and the price began to fall. Likewise, if the price moved down and it happened, a reversal occurred after that, causing upward movements.

While it is not a reliable pattern for predicting price reversals, it is documented that the appearance of the high-wave candlestick pattern often leads to price reversals 51% of the time.

Hence, one cannot rely solely on predicting a reversal.

Although the high wave candlestick is not a reliable candlestick pattern for predicting price reversal or continuation, it is important to wait for confirmation before entering a trade in either direction. 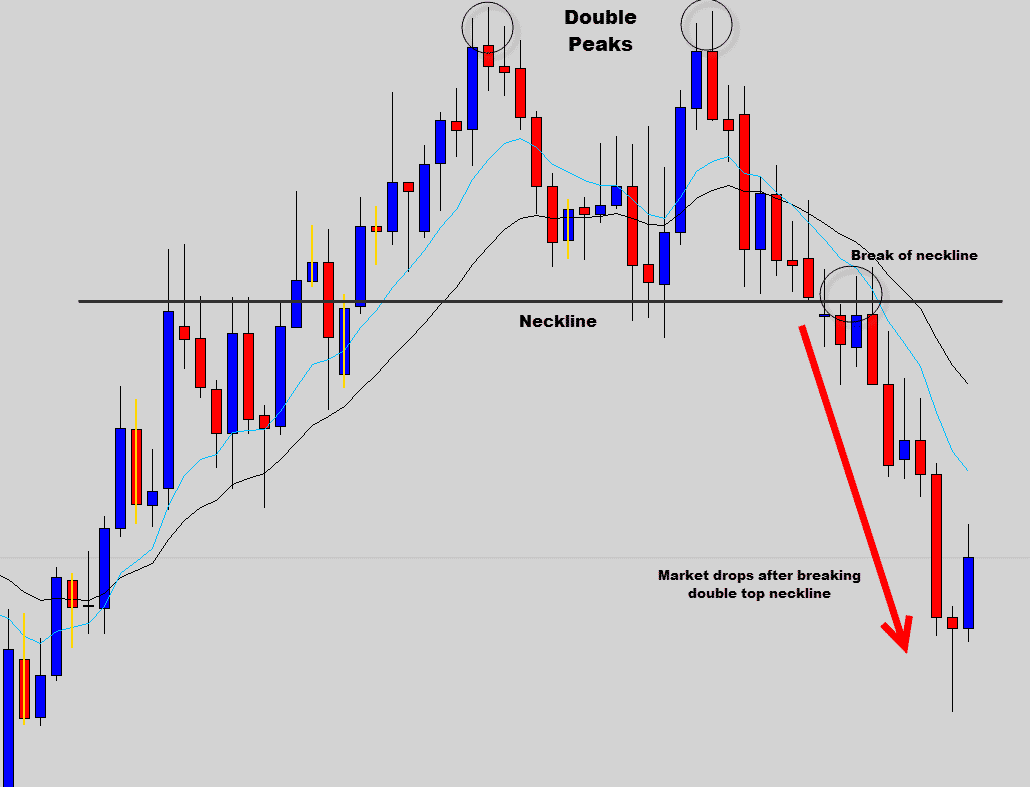 A closer look at the graph above shows that the price has trended upwards.

When a high wave candle appears, a trader may be tempted to take a short position on the top.

However, we can see that the price fell to the neckline and then started climbing higher.

Confirmation that a reversal was at play came when the price was denied near the top, resulting in a double top, followed immediately by a violent sell-off.

A high wave candlestick pattern occurs whenever the market has difficulty reaching consensus on the price of the underlying asset.

It signals uncertainty and indecision about which direction the price should go.

Often times, when price moves up or down and the pattern occurs, a tight trading range comes into play as bears and bulls jostle to push price in one direction.

After consolidation, if the support or resistance line is broken, the price could move in the direction of the prevailing trend.

In some cases, the high-wave pattern often leads to price reversals when the consolidation phase ends.

If the indecision candle were to appear on a large scale, it could confirm general confusion about the direction of the process.